Geneva Notes are my attempt to document some of the cool, often not-so-visible creative things that happen in our little town. This one starts with a story:

A few weeks ago I got home from work and M said: “I’ve done something – it might be great, it might be terrible”

The “something” he’d done was to impulsively book tickets for the Théâtre des Marionnettes de Genève – the Geneva puppet theatre. The performance he’d booked for was called “Mathilde”. On booking, M had mistakenly thought it was a re-telling of the Roald Dahl classic Matilda. The book and musical are two of my favourite things, so I could see where this had come from.

However, upon later inspection of the website it turned out that this was not the case. As far as we could make out, it was a puppet performance about ageing, and loneliness… in French. Hmmm. 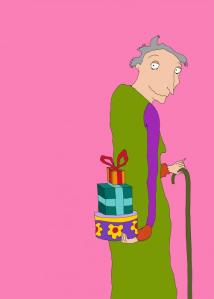 Having bought the tickets, and being pretty game for an experiment, especially when it comes to a Geneva-based cultural experience, we decided to go for it nonetheless.

The theatre is tucked away at the top end of Plainpalais. You turn down a side street and into what I think is a school playground, and there it is.

The theatre puts on a mixture of performances for children and adults. This one was billed as being for “adults and teens”, and there was a big turnout, the place was packed. We filed in and took our seats. On the stage was a single puppet, strung up on some bars – a haggard, wizened caricature. I did wonder at this point what we had let ourselves in for. 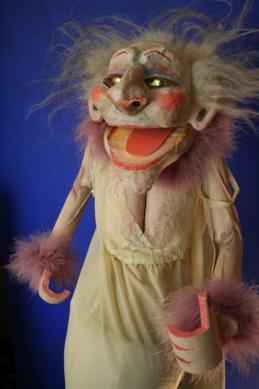 To my surprise and delight however, the performance was absolutely brilliant. It was a tragic comedy about the plight of a group of old folks who were being horribly mistreated in a carehome. There were just two (human) performers – a silent nurse and the puppeteer, but for the most part you forgot they were there.

The movements and mannerisms of the puppets were so perfectly observed, they couldn’t have been more real. And the stories were so moving and so poignant. There was the married couple who were being forced to part because he couldn’t care for her anymore. And the softly spoken man who just wanted someone to open the door, but nobody ever came. Comic relief came in the form of the scheming, cackling pair who ran the establishment (if you’ve never seen a single puppeteer perform a 2-person conversation, with two different voices and lots of laughing, it is extremely impressive!) 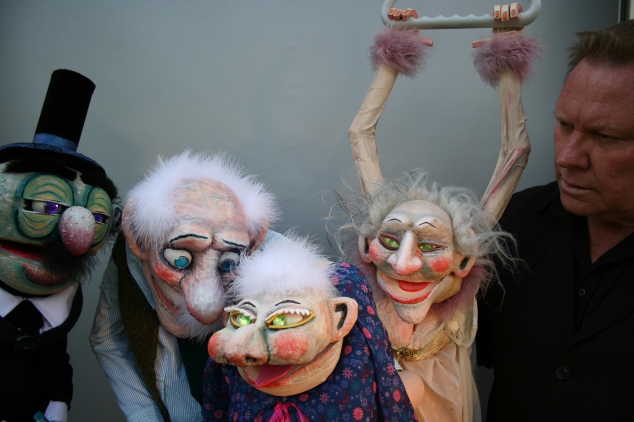 The end of the performance was met with thunderous applause, including ours. It really was absolutely fantastic and we can’t wait to go again. The next couple of performances are for kiddos, but there should be another “grown-up” one soon. Geneva readers, the full programme can be found here.